It is with deep sadness that the Australian Federation wish to share the news of the passing of Jim Kehoe, Sa Bom Nim on Thursday 15 July 2021. Kehoe SBN passed away peacefully at his home, surrounded by his family. He had been unwell after being diagnosed with cancer last year. Kehoe SBN is remembered by Kwan Jang Nim HC Hwang as ‘always displaying high spirits in whatever he was engaged with smiles’ and had developed many connections across the World Moo Duk Kwan Senior membership.

Born in Bryn Mawr, Pennsylvania, USA, Edward James ‘Jim’ Kehoe SBN moved to Australia in 1977 for a three year contract with the University of New South Wales’ School of Psychology. While it was only supposed to be a short term move after being awarded his PhD, he ended up settling in Sydney with his family who had travelled with him.

Kehoe SBN began training in Soo Bahk Do Moo Duk Kwan in 1996 with Mr Dave Ryan at Sydney Soo Bahk Do. Other senior members also trained at the dojang during that time, including Derek Koina SBN and Mark Koina SBN, with whom Kehoe SBN formed a close and long-lasting bond.

In 2000, Kehoe SBN tested for his Cho Dan on the first night of a training event at the YMCA Camp Sturt, near Canberra in the ACT. He was subsequently awarded Cho Dan in the 110th Dan Classing, with Dan Bon 41678.

Kehoe SBN attained his Ee Dan in 2006 and tested for his Sam Dan in 2010 during the Region 3 Camp at Longbeach, NSW. Kehoe SBN continued to train, mostly on his own, in the parks and beaches near his home in Bondi, NSW. He maintained strong connections with the other members of Region 3 via regular trips to Canberra to attend the R3 Seniors Class (a journey of 600 kilometre round trip), and regular post training balcony breakfasts with planning, psychology and military history discussions at Glenn SBN’s residence. He devoted his energy to both the Region 3 Committee and the Australian Federation Committee.

Kehoe SBN committed himself to providing any assistance he could to support and develop the Sydney dojang. Kehoe SBN was instrumental in motivating many of the new students, a number of who have recently achieved their Cho Dan; something that he personally took great interest in and devoted a significant amount of time and energy toward. Ever-present in class, Kehoe SBN set a high standard of expectation for all practitioners by completing 70 burpees on his 70th birthday, which he celebrated with his Moo Do Family at the Sydney dojang. 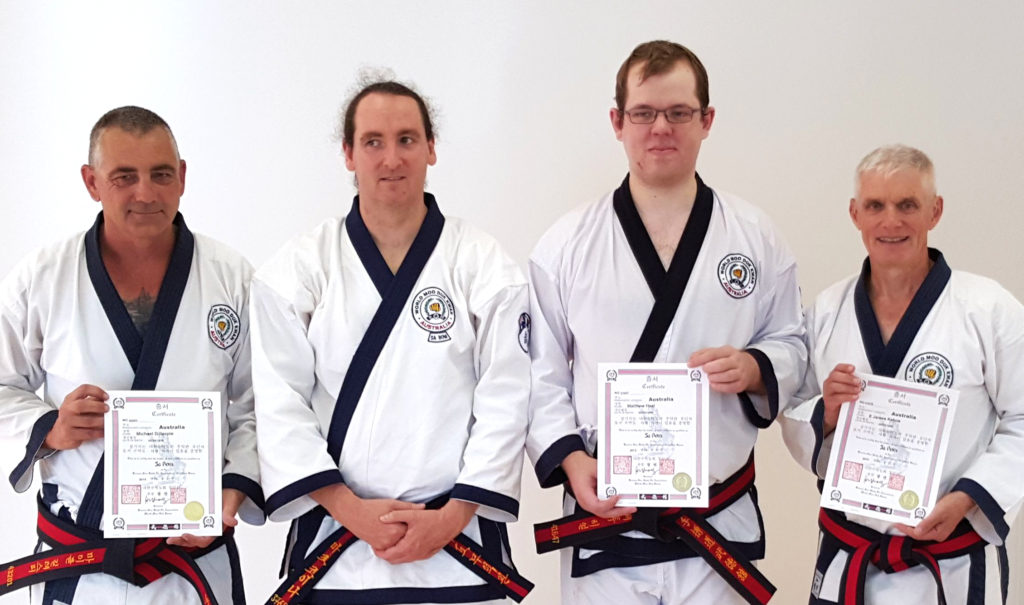 Outside of the Moo Duk Kwan

While we know Kehoe SBN as a martial artist, his training was only one aspect of his life. First and foremost he was a family man, with a son and daughter that were clearly the most important people in his life, and anyone who has met them knows this all too well. Kehoe SBN was a true friend to many, and always found time to support those in his life, treating all as equally important, and was always available as a shoulder to lean on in times of need and to celebrate in times of joy. He always had time for conversations, or to catch up for a meal or a drink, and often invited people into his home to share his time and love. Of note while attending college (University) he was a formidable varsity wrestler, evidenced clearly for those who were his partner for ground work.

Kehoe SBN remained at the University NSW, becoming a Professor of Psychology in 1994. He specialised in learning behaviour which proved beneficial to his martial arts pursuits. His study included research into the benefits of the traditional teaching methods of martial arts with one of his many students. He would happily spend hours discussing the transition from student to peer/colleague, seeing analogies to the growth of members within the Moo Duk Kwan. In 2019, Kehoe SBN wrote an article on learning behaviours, to be considered for inclusion in revised Certified Instructor Programs offered throughout the Moo Duk Kwan.

In his later years, Kehoe SBN joined the Australian Army Reserves. On commissioning, he was appointed the rank of Major, reflecting the level of expertise and specialist knowledge he was bringing to the role. He was promoted to Lieutenant Colonel in January 2011, and retired from the Army in October 2020. Much of his work was with new recruits, utilising his knowledge as a Professor of Psychology to help them understand how to identify PTSD early and what steps to take next. Kehoe SBN also worked with elite specialist forces units, and was one of the rare people sufficiently trusted to be allowed into their inner sanctum.

Kehoe SBN travelled extensively throughout his life, giving him the opportunity to train and make connections with many international Moo Duk Kwan members. Some of his highlights included practicing Soo Bahk Do on the ice in Antarctica and training while onboard a cruise to see the Northern Lights. Kehoe SBN was keen to explore the world and see many of the more remote places that were a little ‘off the track’. His passion for people was inspirational, and we will certainly miss his presence, his annual personal reports and informed discussions on geopolitics.

Kehoe SBN is survived by his partner Jude and his adult children Thomas and Emily. 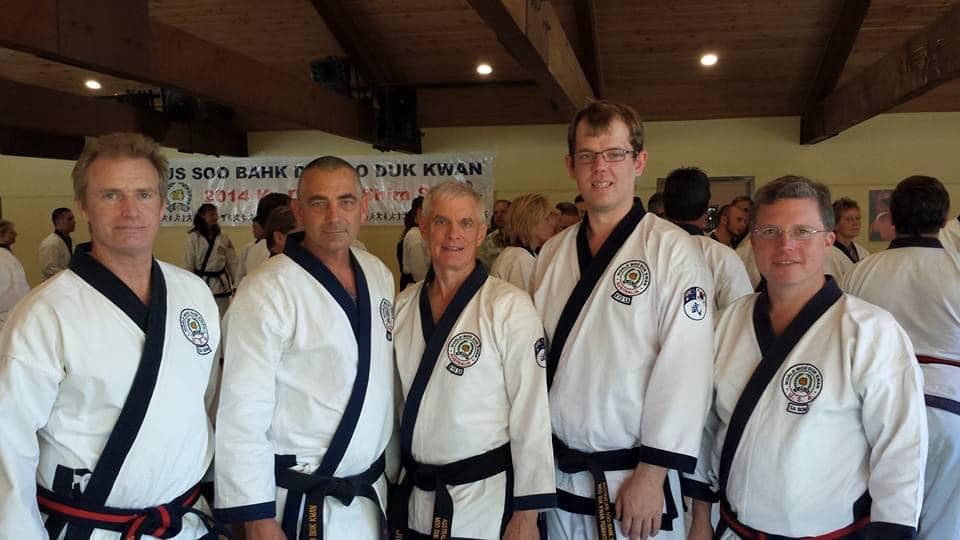 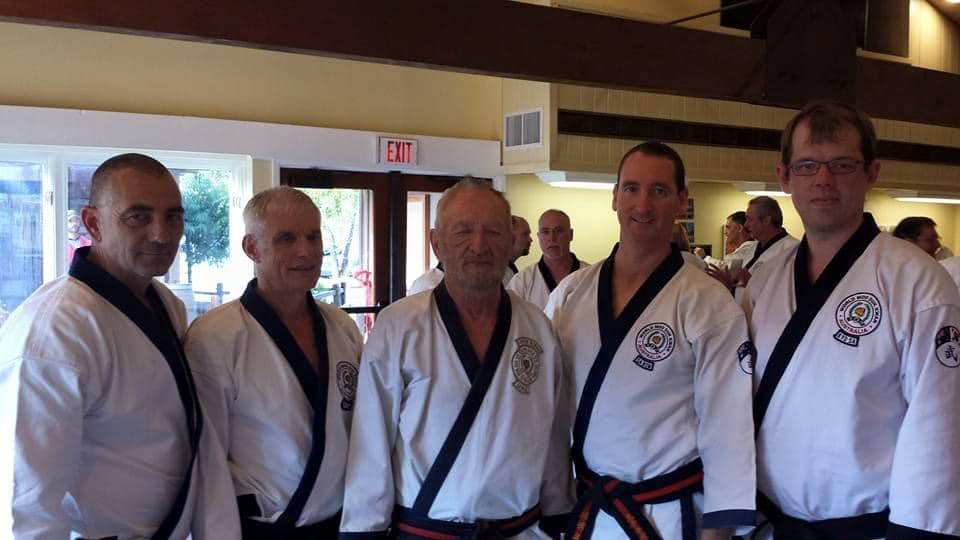 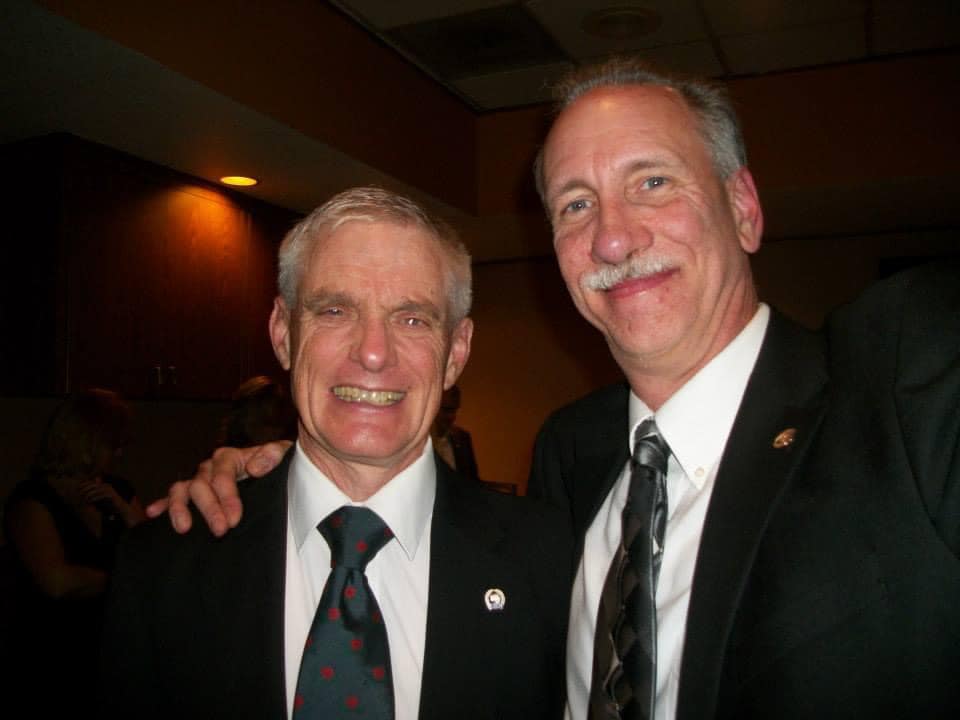 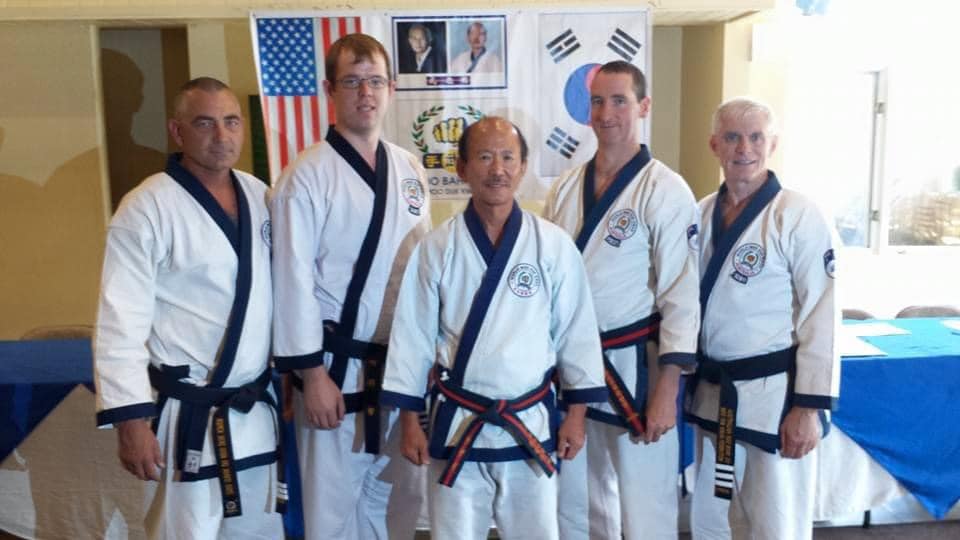 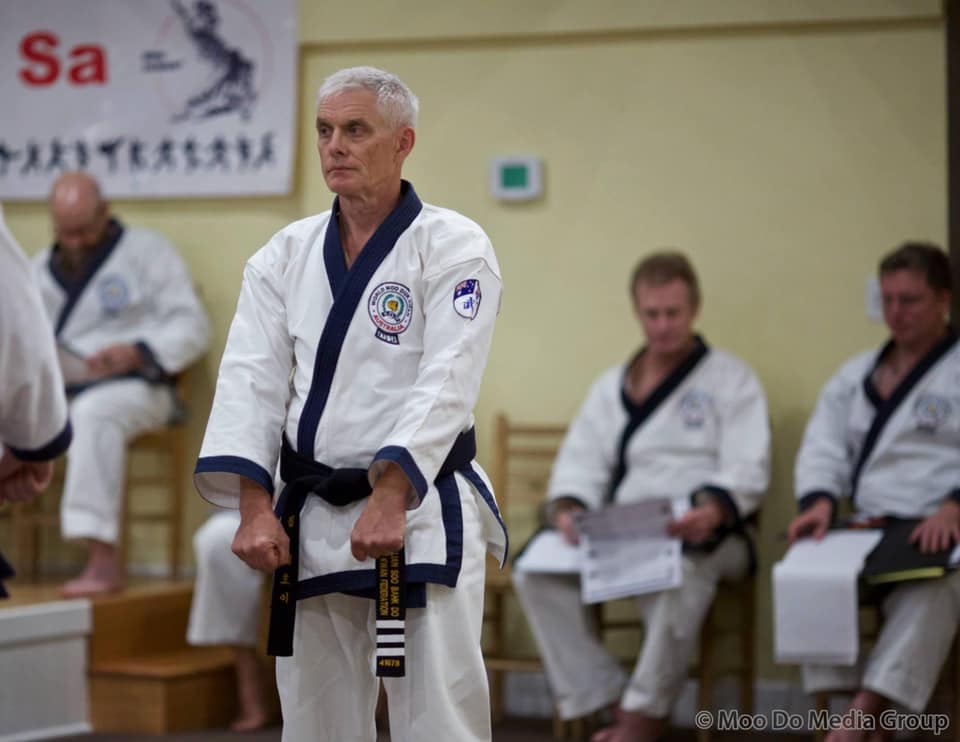